More than 500 million people now use Instagram every month — and 300 million every day. The Instagram community has…

While the milestone is definitely a cause to celebrate, one Twitter user noticed a few weird things about the way the Facebook CEO and founder sets his laptop up, and it may just hint that we should be taking our privacy a lot more seriously.

In an apparent attempt to stop hackers from spying on him, the Facebook founder and CEO has tape covering his microphone and webcam and uses an email platform with government-grade security features.

Eagle-eyed observers pointed out Zuckerberg’s DIY privacy protection after he posted the photo to his Facebook page. And, while a tiny piece of tape may seem trivial, it may also be a terrifying warning – especially from the man who knows quite a bit about getting to know people through their computers.

The photo shows that even the tech-savvy Facebook boss – who’s presumably better than most at avoiding malware and hackers – is worried about being spied on. 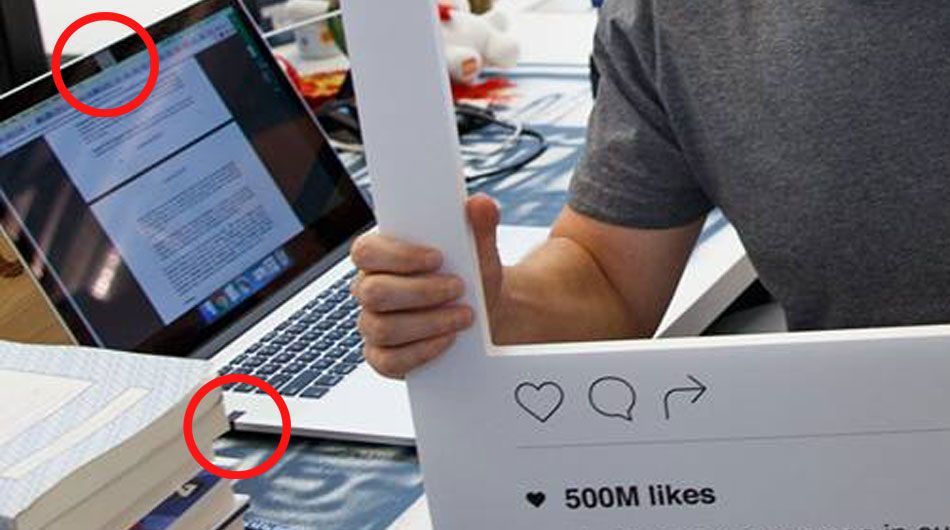 But Zuckerberg is one of the highest-profile security targets in the world, according to The Telegraph, so covering his laptop with tape may just be a sensible way to preserve privacy. Or, he could know something we don’t.

He’s not the first public figure to support the idea. Edward Snowden, the whistleblower who released details of government surveillance programs, claims Government Communications Headquarters ran a program which used Yahoo web chats to capture images from millions of accounts.

And if Zuckerberg’s role as Facebook’s CEO and his hacker background aren’t enough to prove he’s probably not being paranoid, consider that earlier this year FBI Director James Comey admitted that he puts tape over his webcam too.

While you could argue that Zuckerberg has more reason than us to fear hackers, it’s a worrying reminder of just how easy it is to be spied on.